Hello, In this article you are going to understand the basic concept of QuickSort Algorithm, how it works internally and then what is the algorithm of Quicksort. (Youtube Link – Quick Sort)

As I told you there are several ways to select pivot which has a great impact on the performance of its algorithm. You can select the first element of list as pivot, or the last one, or it can be any random element in the list. So if you go for random selection then it is called ‘Randomized Quicksort’

In this sorting, first the array is divided into 2 sub-arrays based on the pivot value. one of smaller elements than pivot and other containing elements greater than pivot. Then recursively it sort the sub-arrays.

Consider taking an array containing unordered integer values. Suppose we have to sort it in ascending order, So let’s do it with the help of Quicksort.

Step 1 : Pick last element as PIVOT, and put all the smallest elements of the list to its LEFT and the greatest elements towards its RIGHT. (PIVOT element is shown in RED box)

NOTE : Ordering of all left and right elements of the pivot, does not matters.

Step 3 :Previous PIVOT elements are shown in Green box, Note that they are placed on their correct index position in this process.

Step 4 : Pivot ->3 will have only 1 sublist as it no greater elements than pivot. 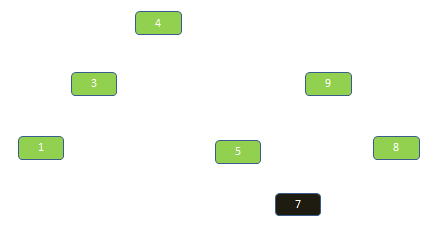 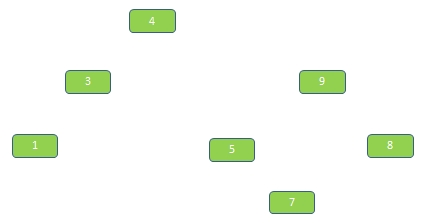 Watch this video of Quick Sort